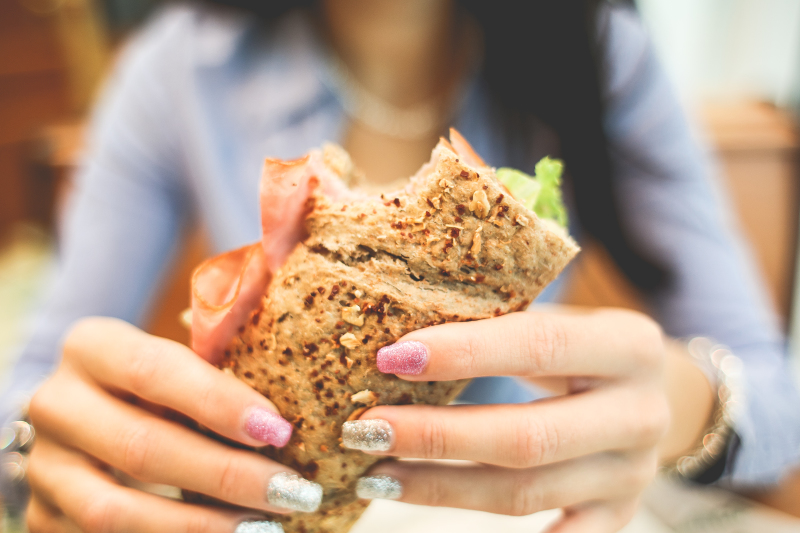 Forget whatever tired old joke you’re about to make about a model’s favorite food being air. No, they may not get to pig out on McDonald’s as much as the rest of us, but with the 16, sometimes 18-hour workdays top supermodels are putting in, there’s no way they’re getting by without three square meals and a handful of snacks. Low-carb snacks, yes, but snacks all the same. Here’s a look at some of the favorite foods of some of your favorite catwalk stompers.

In addition to being Victoria’s Secret model, Sports Illustrated swimsuit issue cover girl, and the long-running face of Velvet Tees, Lily Aldridge is also a dutiful wife and mother, having married Kings of Leon frontman Caleb Followill in 2011 and giving birth to their daughter in 2012. That means she has two more people to think about when she’s in her kitchen, so her favorite food to make is roasted chicken with roasted sweet potatoes based on a recipe from fellow famous beauty Gwyneth Paltrow’s cookbook.

Yeah, we know, there are a lot of diet tips on the internet. But if you’re going to trust someone’s diet advice, we would probably recommend Molly Sims. Not just because she’s a super-fit model, but also because it’s an exceedingly easy diet tip. Sims rattles off gluten-free granola, individual bags of popcorn, chia seeds and kale chips as some of her favorite snacks and recommends sprinkling cayenne pepper on pretty much everything in order to rev up your metabolism and burn a few extra calories, even while you’re eating.

The Lindsay Ellingson shortcut to health

If it weren’t for the fact that Lindsay Ellingson was an in-demand model known for her campaigns with Chanel, Dolce and Gabbana, Valentino, Dior, and Victoria’s Secret, we would really have a lot in common with her. Ellingson is not at all a vegetable fan, but instead of just skipping the greens altogether, she drinks them in juice form. In case you are one of those people who is aware that there’s more than one kind of green juice, Ellingson recommends the cold-pressed variety in particular.

No, it’s not the hot fudge milkshake from Dairy Queen. Can you believe it? In order to satisfy her sweet tooth while also making sure to get her healthy fats, one of the top supermodels of all time blends up a concoction consisting of almond milk, fresh mint, banana, spinach, cashews, and cacao chips. That last ingredient sort of sounds like chocolate, so we’re sort of intrigued. But that hot fudge milkshake sounds more like chocolate so that’s probably where our loyalties will have to lie.